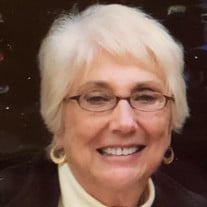 Anne White died November 2, 2021. She was born March 10,1935 in Graceville, Florida to KV and Monette Ward. Growing up, Anne loved music, learning, and church. She served as a musician from an early age and became the valedictorian of her high school. Anne attended Southeastern Bible College in Lakeland, Florida where she met the Rev. James (Jimmy) White who was a senior. When he graduated, they married and set out as traveling Evangelists. They would sing together while Anne played the piano or accordion, and Jimmy played the guitar and preached. They then served churches in Florida, Alabama, Arizona, and California before settling down in Valdosta where Jimmy became the pastor of Forest Street Assembly of God, which would later move to Bemiss Road and become Evangel Assembly of God. While pastoring Evangel, Anne and Jimmy raised their two sons, Stan and Michael. Anne was deeply involved in church music and all aspects of ministry. When her youngest son started first grade, Anne followed her dream and went back to school to complete her degree in Psychology at Valdosta State, graduating with honors. Anne was an avid reader, counselor, church musician, and world traveler. She was deeply devoted to her family and her Christian faith. For many years she taught scripture and prayer in adult Sunday School and spoke in 27 states and overseas. After her husband’s retirement from full time ministry, Anne joined the Episcopal Church with the rest of her family. She continued to play the organ at Christ the King Episcopal Church in Valdosta for 20+ years. Through her years of relationships and ministry she has touched the lives of countless people who will be forever shaped by her joyful, loving care. She was preceded in death by her parents, KV and Monette Ward and her son, Stan White. She is survived by her husband, James White; brother, Matthew Ward (Larry Barton); son, Michael White (Helen); grandchildren, Sarah Nelson (Jake), Skyler Maher (Robby), Ethan White, Nicholas White, Jay White, and Isabella White; great grandchildren, Jakeson, Luke, and Anna Claire Nelson, and Penn Maher. A memorial service was held on Tuesday, November 23rd at 11:00 a.m. at Christ Episcopal Church located at 1521 North Patterson St., Valdosta, GA 31602. In lieu of flowers, memorial donations can be made to Christ the King Episcopal Church at P.O. Box 5531 Valdosta, GA 31603-5531. Burial will be at a later date. A graveside service will be held 3 p.m., Friday, March 4, 2022, at New Hope Assembly of God Church Cemetery, James & Lipford Funeral Home in Graceville directing.

Anne White died November 2, 2021. She was born March 10,1935 in Graceville, Florida to KV and Monette Ward. Growing up, Anne loved music, learning, and church. She served as a musician from an early age and became the valedictorian of her... View Obituary & Service Information

The family of Annette Ward White created this Life Tributes page to make it easy to share your memories.