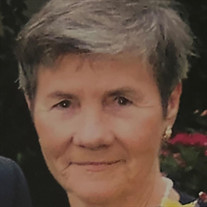 Betty Jean Bolden Joiner died peacefully in Holmes County Florida December 24th at her home at the age of 85. Betty is survived by daughters Maria Allen of Morton, Il, Beverly Joiner, Penny Woodham, Karon Register and son-in-law Michael Register of Holmes County, son and daughter-in-law Brad and Staci, son Chad of Holmes County, 12 grandchildren and 29 great grandchildren. Sister JoAnn Roney of Dothan, AL, brother-in-law Al Nix of Huntsville, AL, and many loving nieces and nephews Betty was preceded in death by her husband James Houston (Jim) Joiner of Holmes County FL, brothers Wyman Bolden of Orlando, FL, Marion Bolden of Columbus, GA, Paul Bolden of Dothan, AL, James Bolden of Holmes, County FL, Wendell Bolden of Dothan, AL, and Herman Bolden of Birmingham, AL, son-in-law Keith Woodham of Holmes County FL and the twin daughter of Brad and Staci Joiner. The children would like to recognize the people who became part of the family over the last few years by taking care of their parents. Patty Duffell (niece), Barbara Jones, Queen Snell, and Jean Fowler. Special mention of Monique Jones, whose loving and compassionate care of Betty and her late husband was a blessing to the family that words cannot express. The children would also like to thank Covenant Hospice for their care and guidance the last several months. Betty was born December 24th, 1935 in the Poplar Springs Community of Holmes County to Clifford Bolden, Sr and Eula Mae Bolden. She graduated from Poplar Springs High School. After graduation she began her work career as a secretary at Poplar Springs School. She found her professional calling at the Bank of Graceville (later Bank of Jackson County) during which she had a profound effect on her community. She later worked at Home Health in Graceville. After retirement she continued her work helping numerous families whether driving people to doctors appointments or making her famous baskets for people who were in the hospital. She was a committed, compassionate, and tireless volunteer at Bethel Baptist Church and in the Poplar Springs community. She will be greatly missed and remembered for her mission work. She married James Houston Joiner of Holmes County, FL in 1955. They settled in the Poplar Springs Community where they raised their family. She was a long time member of Bethel Baptist Church, where she served in many capacities. Graveside service is Tuesday, December 29th at 11am at Bethel Baptist Church. A memorial service will be scheduled at a later date. In lieu of flowers family request memorials be made to Bethel Baptist Church Cemetery Fund 1349 Co. Rd. 173 Graceville, FL 32440 Masks are required for graveside service and social distancing will be observed.

The family of Betty Jean Bolden Joiner created this Life Tributes page to make it easy to share your memories.