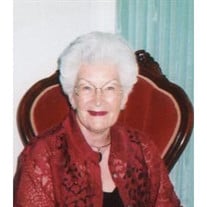 Doris Murff Davis, 91-years-old, died on Thursday, October 27, 2016, at Hill View Assisted Living, Graceville, Florida. Doris was born on March 24, 1925, in Lyburn, West Virginia to Fred and Mable Murff. One of eight brothers and sisters, Doris grew up in Greenwood, South Carolina. Doris and her husband of 49 years, Cecil Loring Davis, Sr., met at First Baptist Church, Greenwood, South Carolina, where Davis was stationed as a flight instructor during World War II. At that time, Doris worked as the secretary to the production manager of J.B. Carr Biscuit Company in Greenwood, where K-Ration biscuits were made for soldiers overseas. Doris and Cecil were married on January 11, 1944. From Greenwood, Doris and Cecil moved to Jefferson City, Tennessee, where Cecil graduated from Carson Newman College, then to Bulls Gap Tennessee, where they served First Baptist Church. From Bulls Gap, Doris and Cecil moved to New Orleans, Louisiana, where they both attended classes at New Orleans Southern Baptist Theological Seminary, with Cecil earning a Master's Degree in Theology in 1952. Doris and Cecil then served pastorates at First Baptist Church, Carrabelle, Florida, and First Baptist Church, Greenwood, Florida, before moving to Graceville in 1958. The move to Graceville came when Cecil became professor of Religious Doctrines and Church History at Baptist Bible Institute, now The Baptist College of Florida. Doris was devoted to her husband, her family, her church and community her entire life. She was active in many roles at Graceville First Baptist Church. She taught Sunday School for over 59 years. An eternal optimist who never met a stranger and always wore a smile, Doris saw every day as a new day full of possibilities. The opening line of her memoirs is, "God is good, and as I look back, my whole life has been a continuum of love." In 1995, Doris was honored as Woman of the Year by the Graceville Lion's Club. "She is always available to lend a helping hand to a neighbor in need," read the recognition. "She looks forward to each day with great expectations, hope and confidence in the Lord." Doris is survived by her five children, daughter Sylvia Williams, Houston, Texas; son John and his wife Kathy Davis, Raleigh, North Carolina; son Murff & his wife Patti Davis, Murfreesboro, Tennessee; son Cecil & his wife Eva Davis, Tallahassee, Florida; and son Marshall & his wife Rhonda Davis, Graceville, Florida. Survivors also include 16 grandchildren and 20 great-grandchildren, as well as, three sisters in South Carolina; Betty Jacks, Phyllis Hagan, and Barbara Gatlin. Deceased brothers include Arol Murff, Fred Murff and George Murff, and deceased sister, Rose Broughton. Visitation is at 10 am, Monday, October 31, 2016, at First Baptist Church, 8th Ave., Graceville, Florida, followed by the funeral service at 11 am. The service will be officiated by Sr. Pastor Tim Folds, First Baptist Church, Graceville. Pallbearers include Doris' sons, John Davis, Murff Davis, Cecil Davis and Marshall Davis, along with grandsons, Jeffery and Jody Williams. Honorary Pallbearer is Doris' grandson, Jacob Davis, Raleigh, North Carolina. The burial service will follow at Marvin Chapel Cemetery, 12th Ave., Graceville, Florida. Funeral arrangements are being made by James & Lipford Funeral Home, 5390 Cotton St., Graceville, Florida, 32440. Call 850-263-3238 for additional information. The family is deeply grateful for the outpouring of love, prayers, and support. We are especially thankful for Sheila Shivers and her professional staff at Hill View Assisted Living in Graceville for their loving care during the last year and a half of Doris' life. We are also thankful for Dorothy Peacock and her staff at Dot's Caring Hands, for their round-the-clock loving care in Doris' final weeks and days.

The family of Doris Davis created this Life Tributes page to make it easy to share your memories.