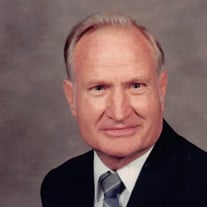 Mr. Homer T. Underwood, age 96 passed away, Saturday, November 14, 2020, peacefully after a short illness at South East Medical Center. He was born August 19, 1924 near Slocomb, AL to the late E.C. and Mattie Graham Underwood and was raised on their Geneva County farm. He received his education from Slocomb, AL upon graduating high school he entered military service with the United States Army. He served during World War ll in the European Theatre and was SSGT In the 275th Infantry Regiment. During the war he earned multiple service medals for his combat duties including 2 Bronze Stars. Upon return from service to his country, he attended the University of Alabama earning his BS in Physical Education and Biology. He later continued his studies at Troy University and obtained a Masters degree. He spent his career as an educator starting as a high school football coach. He started at Ariton, AL, then Midland City, AL and Geneva High School before moving to Graceville High School in 1956 as head coach. He spent 10 years as coach followed by Principal, Supervising Principal and his final 10 years in the Jackson County School Board Office. He always loved his players and students, encouraging them to do their best and be forthright in life. He was affectionately known as “Coach” by all who knew him. He was preceded in death by his parents, sisters Winifred Underwood, Mildred Newsome and brother Ewell Underwood. He is survived by his sons Homer T. “Toby” Underwood, Jr., Steven L. (Kim) Underwood , six grandchildren Amy, Elizabeth, Steven, Kelly, Terril and Sarah, eleven great grandchildren and one great great grandchild, nephew Joel (Carolyn) Underwood and special friend JoAnne Devane. A private family viewing will be held on Wednesday, November 18, 2020 following a graveside service will be held at 2 p.m., with Dr. Jerry Windsor, Bro. Naethan Hendrix and Bro. Stevie Harris officiating, James & Lipford Funeral Home directing.

The family of Homer T. Underwood, Sr. created this Life Tributes page to make it easy to share your memories.