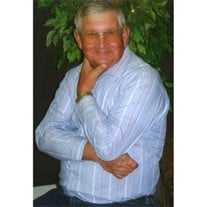 James Earl Bruner, 66 of Graceville, passed away, Tuesday, April 11, 2017. A 1969 graduate of Graceville High School, James served in the Army National Guard for a number of years. He farmed for many years and retired as a Sergeant with the... View Obituary & Service Information

The family of James Bruner created this Life Tributes page to make it easy to share your memories.