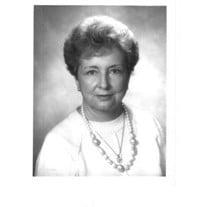 Lillie Mae Cassady-Hollon-Williams-Phillips passed away on October 25, 2015 after a long battle with Parkinson's disease in Stapleton, AL. She was born in Hartford, AL on August 8th 1926. She is survived by her son Ronald J. Hollon (Cheryl), Stapleton, AL; her brother, Robert Cassady (Ellen), Dothan, AL; Charles, Shonda, Heather & Hunter Shook, step-grandchildren, Mobile, AL; Pam Joiner (Jodie), step-daughter, Lyons, GA; sister-in-law, Shirley Cassady, Graceville FL; nieces and nephews, Wanda Johnson & family, Phil and Jimmy Cassady & families, Bobby & Craig Cassady and families; Christine Peters & families; Jamie & Tim Cassady & families, and many, many more from the White Family. Lillie Mae transferred from San Diego CA in 1970 to Mobile, AL to be closer to her brothers and her mother & father Milt & Clois Cassady who lived in Graceville, FL. She worked for the F.W. Woolworth Co. for thirty five years. In that time she moved up the ranks from window dresser in Oakland, CA to traveling store opener and trouble shooter for the company. She retired for five years but found it too slow a pace and went back to work with her son as the head of the accounting department at Technique Systems in Mobile, AL. After retiring a second time she moved to Geneva, AL and then on to Baptist Village in Dothan, AL. She moved to Stapleton, AL to live with her son and daughter-in-law in 2011. They were able to make up some of the time they had missed as both had busy careers and often lived in different cities or states. Lillie Mae attended the Pathway Baptist Church and was very active with her church and the Baptist Village community. She is a woman who gave far more than she ever expected in return. Her mission in life was to help people and to serve the Lord. She succeeded in both endeavors. Graveside services will be held at the Marvin Chapel Cemetery at 11:00 A.M. Friday, October 30, 2015. Pastor Tommy White & Lee Peters (great nephew) will preside, James & Lipford Funeral Home in Graceville directing. In lieu of flowers, Lilly wanted donations made to the Parkinson's Foundation to help others fight this terrible disease.

Lillie Mae Cassady-Hollon-Williams-Phillips passed away on October 25, 2015 after a long battle with Parkinson's disease in Stapleton, AL. She was born in Hartford, AL on August 8th 1926. She is survived by her son Ronald J. Hollon (Cheryl),... View Obituary & Service Information

The family of Lillie Phillips created this Life Tributes page to make it easy to share your memories.