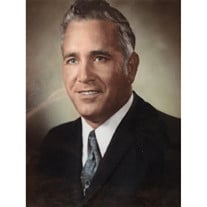 Mr. Linnard Norsworthy, 86 of Clermont, Florida, passed away on December 4, 2018 at his residence. Mr. Linnard was born in Andalusia, Alabama, on February 21, 1932. Working in construction for 10 years and in law enforcement for over 20 years,... View Obituary & Service Information

The family of Linnard Norsworthy created this Life Tributes page to make it easy to share your memories.