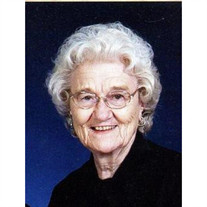 Thelma Phillips was called to her heavenly home on Thursday, May 12th, 11:24 am, 2016 after an extended illness following an automobile accident in May of 2014. Homegoing service will be held 11 a.m., Tuesday, May 17, 2016 at Bethel Baptist... View Obituary & Service Information

The family of Thelma Phillips created this Life Tributes page to make it easy to share your memories.

Thelma Phillips was called to her heavenly home on Thursday,...