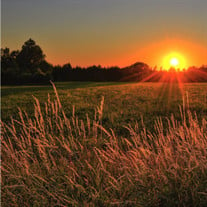 Tommy Jack Fowler, 90, passed away the evening of May 25th. He is survived by his wife of 72 years and the love of his life, Lena; his two daughters, Judy Glover and Pat Ausloos; six grandchildren, Todd Wood, Charity Myers, Amber Ezell, Sharon Glover, Terry Creel and Jerry Creel; thirteen great-grandchildren; and two great-great-grandchildren. Tommy was born August 19, 1931, in Graceville, Florida. He was the second son of Clayton and Linnie Fowler, and he is also survived by his sister, Jean Weekley. Both his parents, his brother Hubert, and his sister Dorothy preceded him in death. Tommy will be remembered as a teacher, a farmer, a builder, a grower, a sports enthusiast, a disciple of God and a person who could always be counted on. His honest, easy-going and warm nature drew folks to him, and Tommy happily greeted them with a firm handshake or—if you were lucky—an affectionate and enveloping hug. Within moments of meeting Tommy, there was no doubt of his love of the Lord and his devotion to his church family. Tommy and Lena were founding members of New Home Baptist Church and then long-time members of First Baptist Church in Graceville. Memories of Tommy are often set on the family farm in Jackson County. Although his desire to farm grew out of necessity, his land was his sacred place. He knew every inch and he took great care and pride in growing food to share with family, friends and neighbors. It was hard work, but he said that working on the farm alongside his father, a man he loved and admired, meant the world to him. Tommy’s dedication to his family and drive to provide a good life was only matched by his strength and fierce work ethic. If you’ve driven in North Florida, most anywhere from Pensacola to Jacksonville, Tallahassee to the coast you will have ridden on roads Tommy helped build. The jewel of his career was as a heavy equipment instructor at the Washington County Vocational School. His passion for teaching and helping others was evident by the many lives he touched during those years. When Tommy wasn’t working, he loved traveling with his family and friends. Early in their marriage, Tommy and Lena enjoyed camping and fishing with his parents on the Ochlockonee River and taking his daughters to the Great Smokey Mountains. Later in life, one of their greatest and most profound adventures was traveling to Okinawa, Japan to visit their daughter, Pat and son-in-law, Mike who was based there. Tommy will be forever remembered by those he loved and those who loved him. Our hearts are full with these memories and all the time we shared with this gracious, strong and loving man. Services will be held Saturday, May 28 at the First Baptist Church in Graceville beginning with the viewing at 10 a.m. followed by celebration of life at 11 a.m.

Tommy Jack Fowler, 90, passed away the evening of May 25th. He is survived by his wife of 72 years and the love of his life, Lena; his two daughters, Judy Glover and Pat Ausloos; six grandchildren, Todd Wood, Charity Myers, Amber Ezell, Sharon... View Obituary & Service Information

The family of Tommy Jack Fowler created this Life Tributes page to make it easy to share your memories.